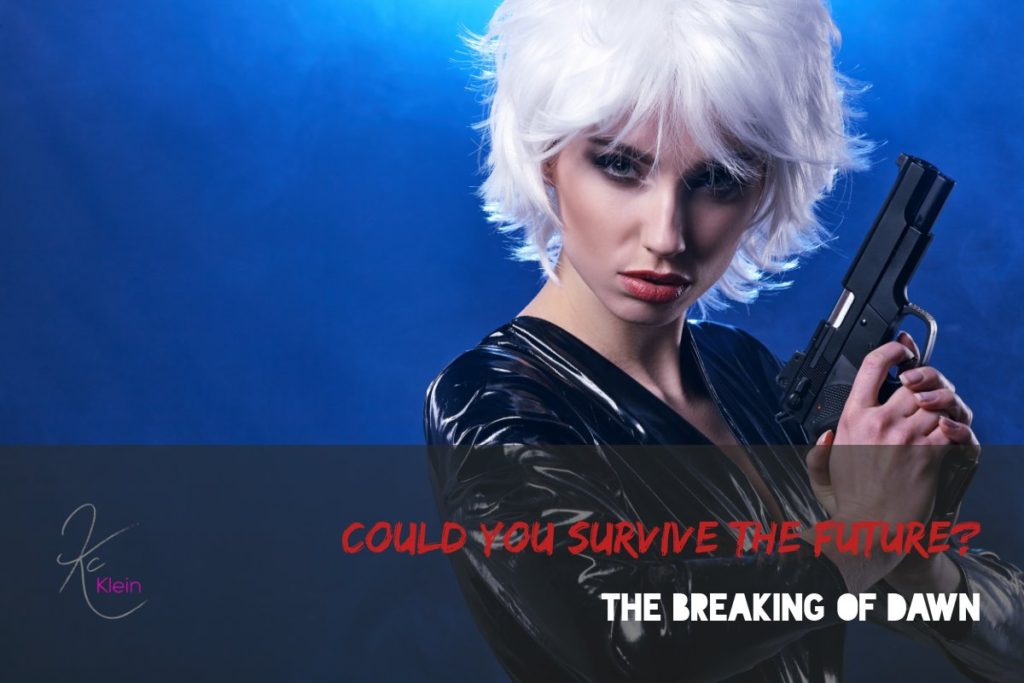 HAPPY RELEASE DAY TO ME!!

THE BREAKING OF DAWN is finally here!
Go here to order your copy now!

In honor of my release I’ll be posting some excerpts thru out the day.
Here’s one of my favorites.

I scanned the loading platform for Rock Face. His real name was Captain Rider, but really Rock Face fit so much better. He was old—thirty-something. We didn’t have a lot of old people hanging around, so the fact that he wasn’t dead said a lot about the type of leader he was. He was in that position because he kept the Sweepers safe. He didn’t mess around. Didn’t back down. And sure as hell never smiled.
I had it on good authority his face cracked the one and only time he tried.
He was one bad mo’ fu and that said a lot coming from a whole planet full of bad mo’ fu’s. The truth was he scared me a little. In my defense, he scared a lot of people—ones bigger, stronger, and less female than me.
Rumors spread faster inside this mountain than the runs after a course of pigeon stew—there’s no pigeons here—and most of them surrounded Rock Face. It was his fault really, he did nothing to stomp them out. His own behavior was the worst—zealot-like belief in the Rebellion, self-imposed isolation, burn scars from hands to elbows.
Yeah, the burns were the worst. It was rumored he’d gotten them during a lab fire his father had set. His father had gone Dark. Rider hadn’t gotten there to save his mother, but the talk was that Captain Rider had killed his own father point-blank, in the chest. Dark Fever mandates or not. Rebellion protocol or not. Taking you father’s life in cold blood—a person had to have ice running through their veins. Or just heartless. Either one could be true in Rock Face’s case. Which was another reason everyone watched Rock Face as if he were a grenade with the pin half out—people believed Dark Fever ran in the blood. Yeah, crazy just might be hereditary people, so watch out.
I caught sight of him on the far side of the platform. His back was toward me, but I’d have recognized him anywhere— dark hair cut to the severe, shoulders so straight that they could be used as a level, a wide back that tapered down to a slim waist and long legs. He was one of the tallest men in the compound, and he used it to his advantage. Bared teeth scowling from six and half feet above did wonders for keeping the blockheads and ex-cons of the Rebellion in line.
He stood talking on the comm, probably to some higher-up councilman whose head was so far up his butt he’d no idea what the Sweepers really went through. Bad for Rock Face. Good for me. I had a tendency to lose my nerve when Rock Face zeroed in on me, so now was my chance. With any luck, he may just look right over me. Being small did have its advantages.
I ran over and weaved myself through the ranks, completely ignoring the loud sniffing of the men as I walked past and one overly exaggerated groan. All of the Sweepers had been witnesses to my humiliation at my previous failed attempts to make the squad. Apparently, the show was getting a little tedious. Yeah, blockheads, try being me.
As I squeezed between two human walls, the one on the left elbowed me in the shoulder and growled. I knew that elbow. I knew that growl. I looked up and caught sight of Rock Face’s second-in-command, nicknamed Bones. I didn’t buy into the rumor of how he had supposedly gotten his name, something to do with wearing the bones of his enemies around his neck. I chose to believe he’d just eaten a lot of chicken back on Earth. I told him that once. Probably why we weren’t that great of friends.
Bones’ dark eyes glared down at me, which wasn’t that unusual. At five four, I’d gotten that a lot. Then Bones shook his head and looked up toward the ceiling with a disgusted curl to his upper lip. I shrugged. I didn’t care what Bones thought. Bones didn’t make the decisions around here. Rock Face did.
Of course, Rock Face made Bones seem like an elderly goddess with a dementia problem.
I found the open place in line. Up front—freaking, of course. Then pulled myself up to my tallest, throwing another half inch on top of that five four.
There was a snicker from behind.
I learned long ago not to deem those kinds of comments with a response. There was only one person in this room whose opinion mattered. I squared my shoulders and waited. Didn’t have to wait long.
Rock Face’s head snapped up like he was an alien who’d just caught the scent of a human… or a man who’d felt the itch of a focused gaze. He turned and assessed each one of his men with a practiced glare. Then he spotted me. I could tell because his body froze, and I burned.
Then Rock Face did something really strange, so much so I questioned my own eyes. His lips twitched… upward. 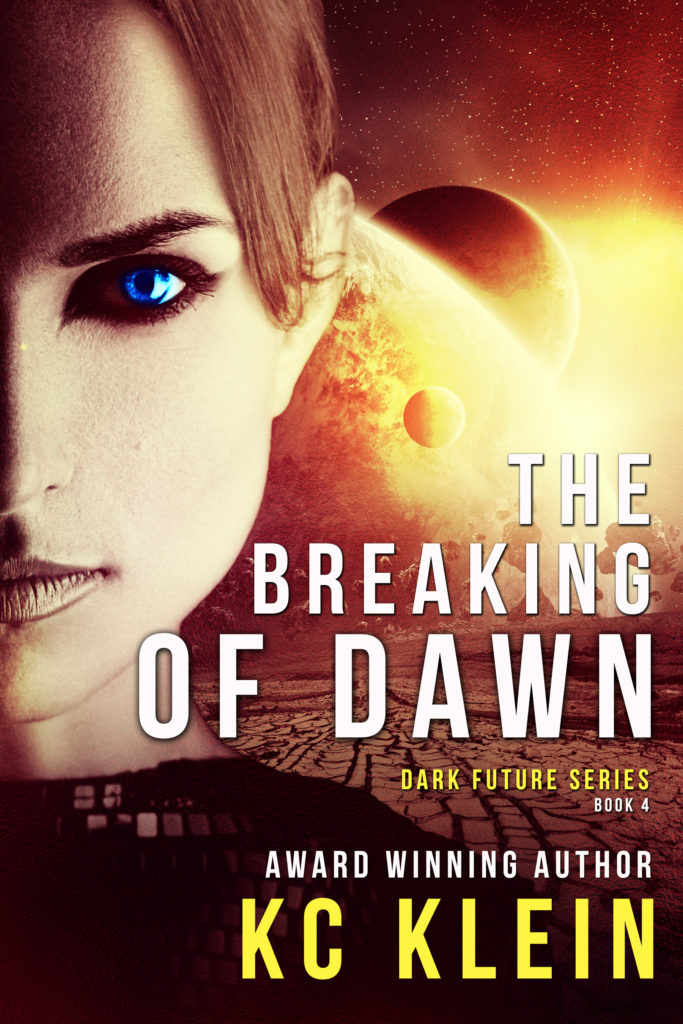